From Macau’s casinos to a Kallang farm: The gaming industry professional who now grows baby spinach

SINGAPORE: For five years, Mr Ray Poh mingled with high rollers in Macau, which has been dubbed the gambling capital of the world.

It was a lucrative career filled with opportunities to travel frequently. But in 2015, Mr Poh gave all of that up.

“I did think about making it a career,” said Mr Poh, who had studied in Australia since the age of 12. “But I think at the end of the five years, I realised that I’d been away for most of my life from my mum, who was back in Singapore. That was one of the main factors (that led me to leave).”

It took him a year to completely leave the industry, but by 2016, Mr Poh had decided on a very different career path: Urban farming.

Although Artisan Green was founded in 2018, a year before Singapore announced its ’30 by 30’ goal to produce 30 per cent of Singapore’s nutritional needs locally by 2030, it is part of an increasing wave of indoor farms looking to use sustainable methods to grow produce locally.

In April, the Ministry of Environment and Water Resources announced a S$30 million 30×30 Express grant for the agri-food industry to speed up the production of commonly consumed food items like eggs, vegetables and fish.

While casino gaming was never something he had been interested in, a chat with his mother post-graduation was enough to convince Mr Poh to enter the family business.

“I was thinking of entering the banking industry, but the thought of being behind a desk didn’t appeal to me much. So we were having a discussion and she said, why don’t you give this a try. Your father needs some help in the company, perhaps you can go out and see what you can do,” he said.

Initially, he did business development with his father’s manufacturing company, developing products such as slot machines. As he became more involved in product design, so his interest in the industry grew, he said. 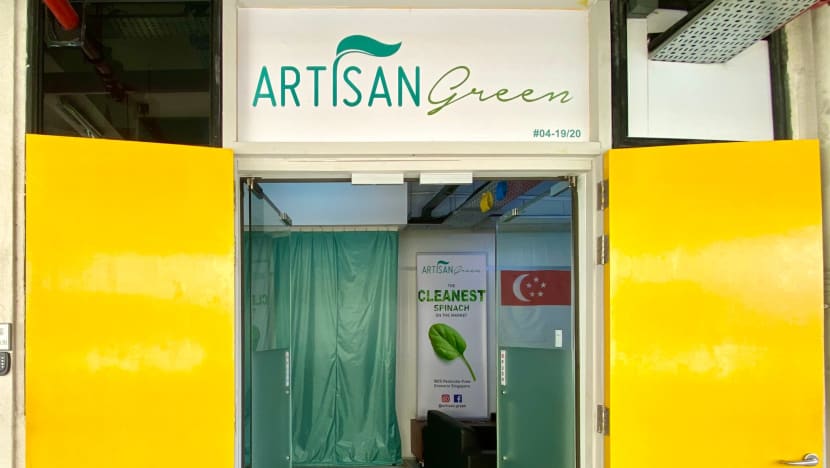 After a year, his boss convinced him that he ought to head to Macau to advance his understanding of the industry, which turned out to be a fruitful experience.

“I think at the very start when I first went there, I didn’t know anything or anyone in Macau, so the main thing I did was to network around. I met a lot of good people, and at the same time, obviously, you meet people that are not so good.

“What I did was learn what to do and what not to do. It was a very good experience,” he said.

Being new to the industry also meant that people did not take him seriously. Mr Poh had to work hard to brush up his knowledge on the casino gaming industry by doing research, reading industry magazines and making friends who could teach him – skills which would later put him in good stead to enter a completely different industry.

When he told his family that he wanted to move out of casino gaming, they were supportive of his decision, said Mr Poh.

“I think from the business aspect of things, it was more of a diversification. I’ve always thought that agriculture is something that’s evergreen. People will always need to eat. Whereas casino gaming is something like the entertainment sector,” he said, adding that he wanted to “do something more to contribute to the sustainability segment”.

“At first I thought about doing landscaping, but I didn’t really want to go back to study more. So I thought farming might be an easy way in.

“But I was very wrong about how easy it was. After doing the research, I quite naively thought that I would do this for about a year and network around, meet more people and then move into landscaping. But it just took me down towards farming all the way,” he said. 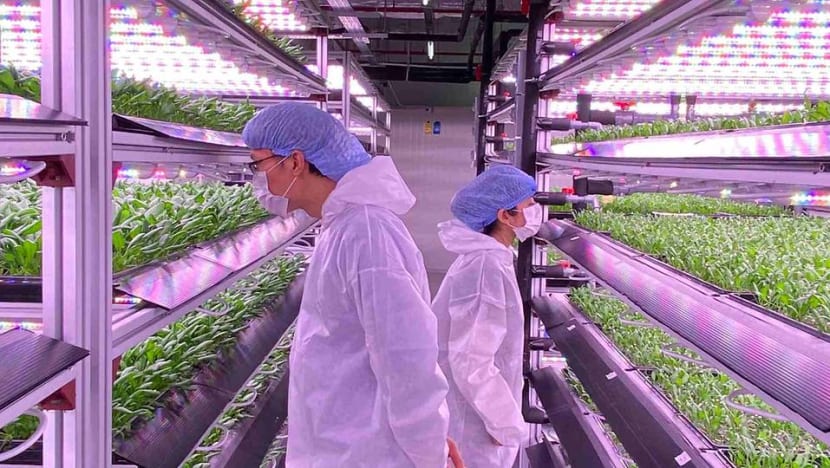 Just like when he started out in Macau, Mr Poh had “zero knowledge” of the agriculture sector, and people also did not take him seriously when he started.

“I knew I had to build up my knowledge from ground-up again,” he said.

He attended courses and conferences, forged relationships with people in the industry, watched Youtube videos and built prototypes.

Building the prototypes gave him the confidence to decide that he wanted to build his entire farm from scratch. After leasing a space from Mapletree and procuring all his supplies and tools, Mr Poh set himself to work as the main contractor of his own farm.

Save for the electrical wiring and the plumbing, Mr Poh put the entire 3,200 sq ft farm together with his own hands over the course of three months.

“When I was building the farm, I was there from 9am to 10pm. I’d only eat one meal a day during the building, because I didn’t want to waste time. So I would only eat one really huge brunch and then just work the entire day in the farm,” he said.

It was challenging work, as he did all the sawing, drilling and lifting, and even suffered a back injury from hunching over and moving around too much. While he admitted that he should have gotten a partner to build the farm with him in hindsight, Mr Poh said that the process was necessary.

“Now that I’ve gone through this, I can safely say that I know pretty much everything in the farm. I’ve sourced for every single piece of equipment by myself which makes it even easier for me to understand other people’s systems.

“I can look at other people’s systems, I can derive how it’s built, how it’s done, and that experience isn’t something you can get from reading books or watching tutorials online,” he said.

WHAT KEEPS HIM GOING

Even with his extensive research, his lack of science and engineering knowledge posed challenges for him.

“I didn’t really do chemistry, so that was kind of hard to pick up, and I knew that I needed to get the foundational knowledge of farming in terms of the science aspect to be able to do well in it,” he said, as science was an integral part of farming.

He also had to engage professional engineers to help him ensure the farm was built well.

This was in addition to the time he had to sacrifice in those early months, when he was just starting out, with many weekends spent at the farm just to make sure that everything was running well.

And even with the farm up and running, the team also ran into other problems, such as nutrient deficiency issues for their spinach. 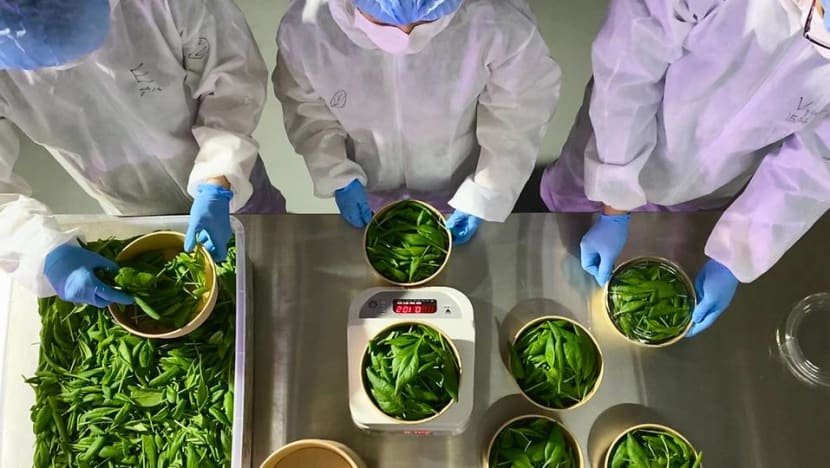 But what kept Mr Poh going was his desire to “see the final product”.

“And we’re quite proud of what we’ve done with this current farm. We’ve had people from the industry – from the US, Europe – coming to visit us and they were quite impressed with the farm we’ve built. They told that it was comparable to some of the more advanced overseas farms as well.

“Hearing that gives us the motivation and a stronger belief in what we do.”

In the short-term, Artisan Green hopes to scale up its production from its current 30kg to 250kg of vegetables per week.

Although Malaysia’s Movement Control Order has temporarily disrupted the farm’s supply of equipment which they require to scale up, Mr Poh is hoping to at least double the farm’s output by the end of the “circuit breaker” period and to hit 100kg per week by the end of the quarter.

In the longer-term, Mr Poh is also looking to build his second farm – this time bigger, and with a wider variety of crops. But rather than growing specialty crops, Mr Poh said he now wants to start growing crops such as chinese cabbage, which he says there is a bigger demand for in Singapore.

“The next farm will have to be more automated, from end-to-end. That’s what our future goal is: to build the second farm and also to grow different crops, not just baby spinach, and work towards something where we can fulfil the whole ’30 by 30’ vision by the Government,” he said.